Here I go uploading some images and text into my blog because this year is all about proving I have the skills to do these things. I am also listening to a podcast on 'fake news' which will run in the background as I type and upload. In today's media savvy world I guess I need to have all these skills in peak efficiency. I am sure my kids would laugh at my Neandertal level of skill but I am trying. \

So first up. Here is an image of Julian Assange. 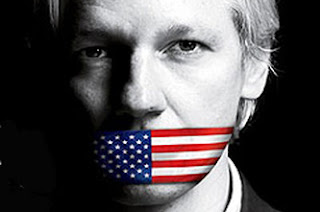 Here is a cut and paste of the text we were given in our zip file for this assessment task - ' Julian Paul Assange (born 3 July 1971) is an Australian computer programmer, publisher and journalist. He is editor-in-chief of WikiLeaks, an organisation which he founded in 2006. Subject to extradition to Sweden for legal proceedings, he was granted political asylum by Ecuador in August 2012. He has remained in Ecuador's London embassy and, as of February 2016, he is unable to leave without expectation of arrest.

In February 2016 a UN panel issued a non-binding legal opinion that Assange had been subject to arbitrary detention and should be allowed to walk free and be given compensation. The findings were rejected by UK and Swedish prosecutors, as well as UK Secretary of State for Foreign and Commonwealth Affairs, Philip Hammond.' (I need to find where this image and text came from so I can cite them properly but for the moment I am going to say they came from a zip file for students)

Here is an image of a family who may or may not have accessed medical grade marijuana for their child's health issue. Any medication administered under the supervision of trained medical practitioners can have beneficial outcomes. 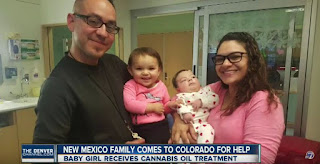 'In a ground-breaking session in the Federal Parliament, the Minister for Health, Sussan Ley, introduced the much-awaited Narcotic Drugs Amendment Bill 2016 (Bill), which proposes to introduce a legislative framework enabling the cultivation of cannabis in Australia and facilitating access to medicinal cannabis for therapeutic purposes.

The introduction of the Bill follows the announcement by the Commonwealth government last October, which foreshadowed amendments to the Narcotic Drugs Act 1967 (Act) to enable the cultivation of cannabis for medicinal and scientific purposes, and facilitate the manufacture of medicinal cannabis products for use in accordance with the provisions of the Therapeutic Goods Act 1989.

In a heartfelt address to Parliament, Minister Ley said: “Deputy Speaker, many people have worked incredibly hard for this day. For the day that the National Parliament provides the missing piece in the patient’s journey when it comes to accessing safe, reliable, legal medicinal cannabis. It is a very proud day for many members and senators as I said who have worked hard. For those in the community who have advocated strongly, who have pushed, who have prodded, who have expressed their passion loudly and determinedly ... and others who treat patients who are convinced of the efficacy and the relief that is provided by these products, they should be recognised here today." '
(I cannot cite this yet but will come back to it - also a file from a student zip)

Finally here is an image of AWESOME Melbourne

(Cannot cite the photographer yet, but I will do so soon - once again a student file with no citation) Melbourne is my favourite city in Australia although I have been to most of the capital cities in most of the other states and I have had some wonderful experiences in those cities, Melbourne is definitely the city that makes my heart sing.

Now the podcast is over and we are being encouraged to look at and think about Post-Truth information and the way information is being disseminated and manipulated for mass effect. 'The truth is out there.' it might just be very, very difficult to find.

What do you think of 'Post-Truth'?

Last week I enrolled in the Diploma of Professional Writing and Editing at VU.  Those of you who have been following my writing journey, since THAT health issue gave me the opportunity to quit the day job and launch myself into the life of a full time writer, will know I have been writing and engaging in all sorts of writing challenges, attending conferences and sending little bits and pieces out to ezines, anthologies and competitions. I started the PWE a long time ago but life tends to get experiential in my neck of the woods and my studies have oft been put to one side for other commitments. My writing has frequently been interrupted with such earth shattering needs as 'What's for dinner?' or 'Where are my glasses?' and frequently 'Can you drive me to...'

"I am going to write full time if it means you all starve to death in my stead" I yelled at the Offspring (mine not the band).

"What have I done?" I gulped repeatedly as the mountain of course material grew and grew.

"At least I will get fit even if it kills me." I gasped and didn't actually speak as I pulled myself up the third level of stairs to the classroom, sucked in some Ventolin(TM) and stubbornly refused to use the lift.

My calendar has everything loaded and I have read some of the required reading.  I discovered I already have most of the  required texts after I rearranged my bedroom shelves so I am off the starter blocks and ready to go.


So what else have I been doing apart from attending classes and sorting my folder?

It is day 11 of Christie Wilde's #14daysoflitlove  and I am going strong with the fun word prompts.

It was week four of the OWL I enrolled in and I met the deadlines of that too.

I have my questions ready for my ESL discussion group tomorrow night at 11pm.

I am creating art for the cover of The Moorabool Writers Craft anthology.  (We meet on the first Sunday not the third - the banner will change)

I completed some art for advertising the Moorabool Shire Literary festival coming up in May. I am also on the committee and attended a meeting and read a metaphorical, as opposed to metric, tonne of emails about it. The inaugural Peter Carey short story award will be happening there so check it out.

Have I mentioned I also have a 2 and half year old and three adults living with me? I managed to pull the shower to pieces today and replace all the rubber grommets, did two loads of washing, chatted with visitors, made phone calls, tracked down an elusive text, washed dishes and bathed the littlest. I have watched a movie, listened to some music and read a few books so it appears I have been relaxing at some point until I tell you it was Emma the girl with the yellow bow, Emma and her cohorts doing that wiggling thing, The Wonky Donky and at least one Mem Fox


I announced that I was diminishing my procrastination on social media. The irony being that I am studying a subject which directly relates to writing for social and other contemporary media.

I am very excited though and expect to have several of my novels to second draft during this course.

It is now 2am and I suspect I should get a little sleep before tiny person wakes up and demands some vegemite toast.

Cheer me on everyone.